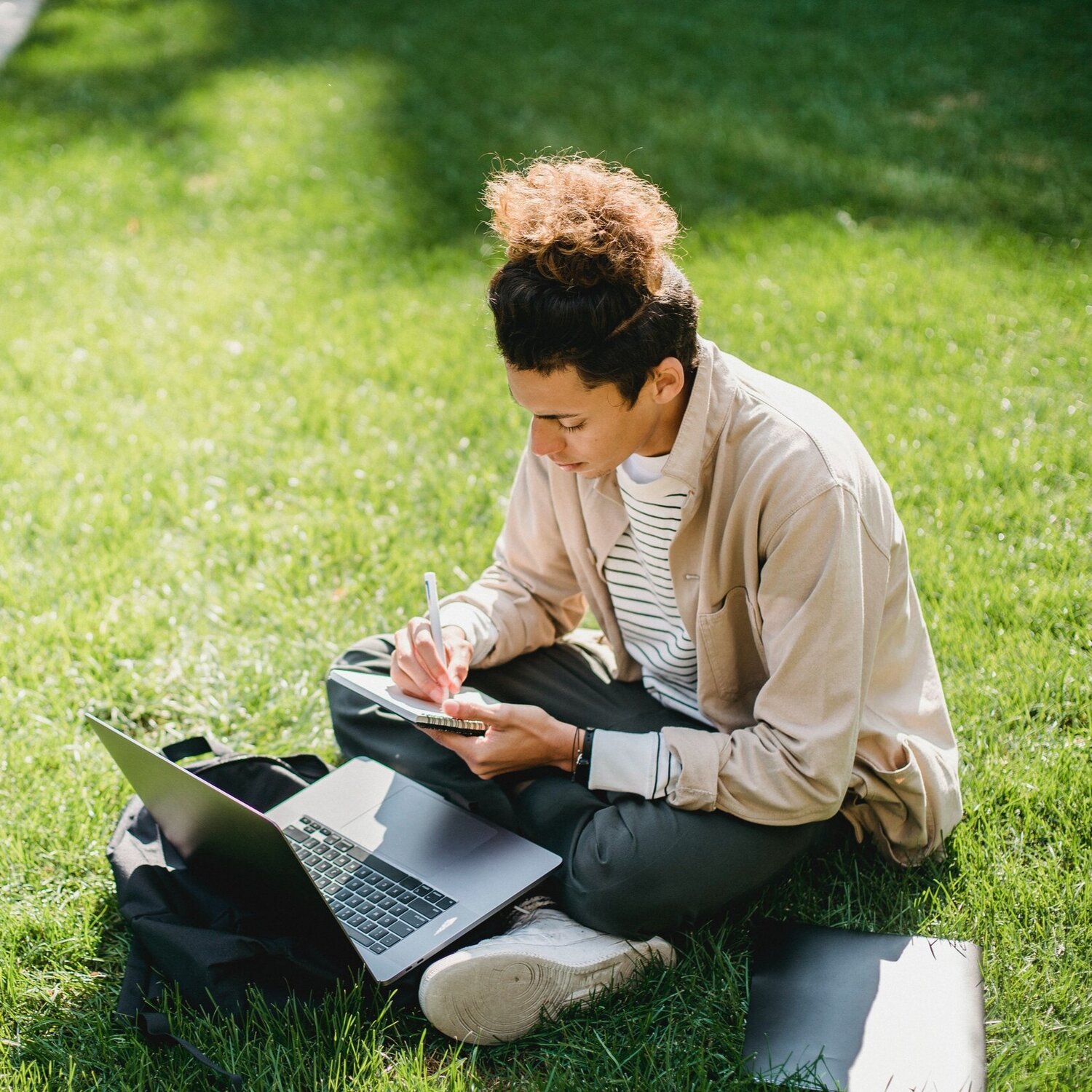 Like many in the education field, MasteryPrep had to adapt quickly. They were not only able to keep their heads above water, but actually progress.

Baton Rouge-based MasteryPrep prepares students for the ACT and SAT exams, helping schools deliver test prep to students who wouldn’t otherwise be able to access it.

And then everything suddenly stopped.

“When schools shut down, we effectively shut down, and we had well over a hundred events that we were going to be doing in person, at schools, workshops, just over the few weeks immediately after the shutdown,” says Craig Gehring, MasteryPrep’s founder and CEO. “And so at first, we were just at a standstill. The students’ safety and health come first. It trumps everything, and rightly so.”

Once the shock of the changes settled in, Gehring and his team got to work to save the company and help hundreds of thousands of children prepare for college amid utter uncertainty. The Louisiana Economic Development recently named MasteryPrep and nine other companies as 2021 Louisiana Growth Leaders; an honor MasteryPrep earned last year too. Here’s how Gehring and his team survived and thrived during the pandemic.

Pivoting During a Pandemic

MasteryPrep’s initial response was to look beyond their own problems and lend a hand to a group struggling severely.

“The first step was we took everything that we could provide for free, and we bundled it, and we provided it to both our customers and anyone in the K-12 space that was experiencing closures,” Gehring says. After all, schools were particularly unprepared for the pandemic: “Because schools were hit at the end of their budget cycle, nobody had saved money to be able to get virtual programs for their kids in March [2020].”

MasteryPrep provided free programs and services to more than 200,000 students during the closures. Gehring says it was not just compassionate, but sensible: “There were no customers out there that would actually be able to buy anything, and so we were just focused on helping our partners.”

Of course, there was still a business to run. Like many other entrepreneurs, Gehring turned to the Paycheck Protection Program loan for support during the beginning of the pandemic. Then he and his team confronted a major challenge: not only changing significantly, but doing so quickly. They had to figure out how to offer all their services in a virtual environment. Many of MasteryPrep’s customers, housed in universities, were required to provide their regular summer programming or lose their grant funding. But these programs couldn’t bring students to those universities because of COVID-19 restrictions.

“We went from a true standstill to, by the beginning of the summer, delivering a hundred virtual classes a day,” Gehring says. MasteryPrep had to accelerate its technology development, build a new platform and retool everything to fit a virtual environment. “There was not a single product that was left untouched over this very tight and crazy six-month span.”

The Risks of the Remote Learning Gap

MasteryPrep mainly serves public schools. Those students are likely to have been forced to use remote learning, sometimes remote learning that didn’t involve a live person. Will their education potentially suffer? How could it not? Shortcomings will eventually be reflected in lower college admissions, college attendance and, ultimately, earnings. The Brookings Institution estimates students currently in school stand to lose $10 trillion in labor earnings over their work life.

“There’s a troubling amount of learning loss that students have experienced over the past year that needs to get filled in, and that’s what MasteryPrep is really focused on now, is how can we help, through what we do, help schools and districts reduce the learning loss and start to bridge the gap,” Gehring says. “We have to get more students ready for college and change the trajectory of the threat from the pandemic.”

How will that happen? “What we’re going to do is help schools and districts through summer programs, afterschool programs and programs during the day that provide acceleration and enrichment to prevent the summer slump that always comes.”

Indeed, MasteryPrep has now connected with communities that, in the past, would likely have been beyond its reach. For example, the company ran a virtual test-prep class last summer in Anchorage, Alaska, a place where they would never have held a live event. They will conduct another virtual class there this summer.

Education and Testing After the Pandemic

Shutdowns forced schools to embrace education through technology. It was often a poor fit. Many teachers, suddenly forced to conduct virtual classes, were way out of their comfort zone. Gehring notes that there is now a greater familiarity, plus many schools upgraded their technical capabilities out of necessity. Quite simply, schools can better utilize technology to create educational opportunities for students.

Gehring is quick to note the traditional role of a teacher isn’t going away: “Though K-12 education is more tech-enabled than it has ever been, you’re not going to replace human beings.” However, he thinks that more schools will strike a better balance between in-person and remote learning.

Even with all the advances, he sees one practice remaining rather traditional: testing. Standardized testing was challenged during the pandemic as many universities and colleges dropped ACT and SAT requirements for fall admissions this year. Gehring expects that trend will reverse as life returns to something resembling normal. “These tests are a great equalizer, and so you’re going to see that most schools are going to flip back to using the ACT and the SAT because they don’t have a fairer way. States that are kind of floating this idea of fully dropping it are getting a lot of flack right now because of the lack of equity in the idea of not having these assessments.”

While the tests may return to their previous role, ironically, one of them inspired MasteryPrep to take a bold new approach to business.

SAT: Scholastic Aptitude Test. During the bleakest time of the pandemic, Gehring and his team found a new meaning for those three letters.

An avid reader, Gehring sees MasteryPrep’s journey over the past year as reinforcing lessons he took from Sun Tzu’s The Art of War. “With your business strategy, you want to be like water. You want to flow to the low points and the points of weakness. You want to deploy the place where there’s holes in the market, a place where you can make the most progress the fastest, and you want it to be as natural as water doing that. The only way to do that is to get in the market, go do it, get a sense of what’s going on, adapt and evolve.”

2020 showed him that, out of the most challenging times, can come the greatest rewards: “It was the most intense year of my life. The biggest thing was that I’ve come to rely more on my team, and my team has got a lot tighter and a lot stronger, out of necessity. It’s amazing how much people are going to accomplish if you ask for their help.”

Of course, Gehring has been willing to make big changes in the past, perhaps none bigger than his move into testing.

Before Gehring founded MasteryPrep in 2013, he ran a marketing firm. He only had a kernel of an idea to help students with their tests.

The turning point for Gehring was joining Nexus Louisiana Technology Park. He needed to pitch the board, have a business plan and get accepted to the Tech Park. Prodding from the staff and his fellow entrepreneurs made his business better. “The biggest barrier was not the market, or having the idea, or having the product, or any of that,” he recalls. “It was just the commitment to do it and see it through.”

A prime example of the charm Louisiana brings to the technology community is how Gehring found MasteryPrep’s chief technology officer, Christopher Aaron Jones. Jones founded a startup in Louisiana and sold it to GeoCities/Yahoo during the dot-com boom. Then Jones went to work for the Shaklee Corporation in Asia for 15 years and returned to Louisiana to be Jefferson Parish Sheriff’s Office CTO. Gehring and Jones hit it off, and now he’s at MasteryPrep.

Gehring sees enormous potential for entrepreneurs and technologists to connect as he did with Jones and build a better Louisiana tech community. “There are a ton of people out there ready to start businesses,” he says. “MasteryPrep is just one company in a really vital technology scene.”