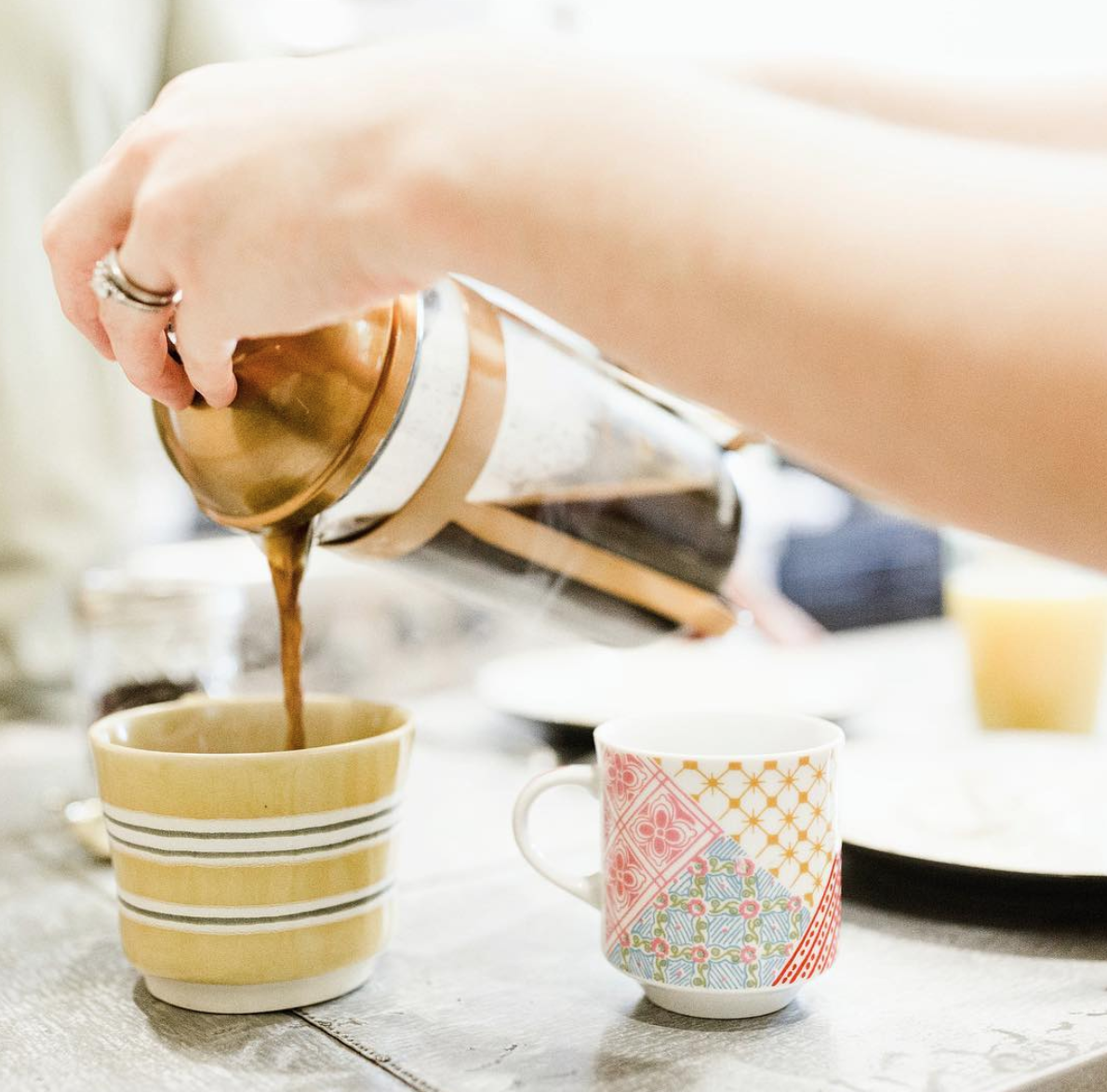 This ritual actually started when I was in college. I was spending so much money and wasting SO much time trying to get to a coffee drive-thru before heading to class. This morning hustle made me so irritable throughout the rest of the day. (Especially when I realized I’m too late for class to even grab coffee!) My why, was if I started my mornings without a rush, maybe I wouldn’t be so stressed through the day. So I purchased a French Press and would wake up and take that time to be by myself and start my morning slow. After pressing the coffee, I had enough time to sit in my backyard (which was way more appealing than morning traffic!). Starting my mornings slowly, gave me the right amount of focus to take on the rest of my day.

After years, of pressing my coffee in the morning, it became more of a habit, I don’t think about it, it is just what I do, once this happens, it is easier to add another task. Working from home, I spend a LOT of time in front of my computer! I go from laying down sleeping, to sitting, back to laying down. I started having the hardest time falling asleep, and just noticed poor choices in my eating habits and overall health! I hate running, and pretty much most forms of exercising that isn’t dancing, but I told myself I would at least walk for at least 30 minutes in the morning. Doing this one task gave me the enthusiasm to look into gyms, buy my first bike, make healthier decisions about food, spend less money, and most importantly get into better sleeping habits.

The biggest reasons why people break and postpone better habits is because they give themselves TOO many tasks, and once you don’t accomplish one, you end up feeling like it is okay to drop the ball on the rest of them. If you find yourself saying, NEXT Monday I am going to start eating better, going to the gym 3 times a day, never going to sleep with dishes in the sink, and….. instead try to find ONE pain point in your life (like stressing buying coffee in the morning) and you’ll be amazed on how solving one little problem can bring you to solving your next.

Ask Me Anything; Learn from the Experts

What I’m Packing for Labor & Delivery

How to Style the Jennifer Shirt Dress for Spring