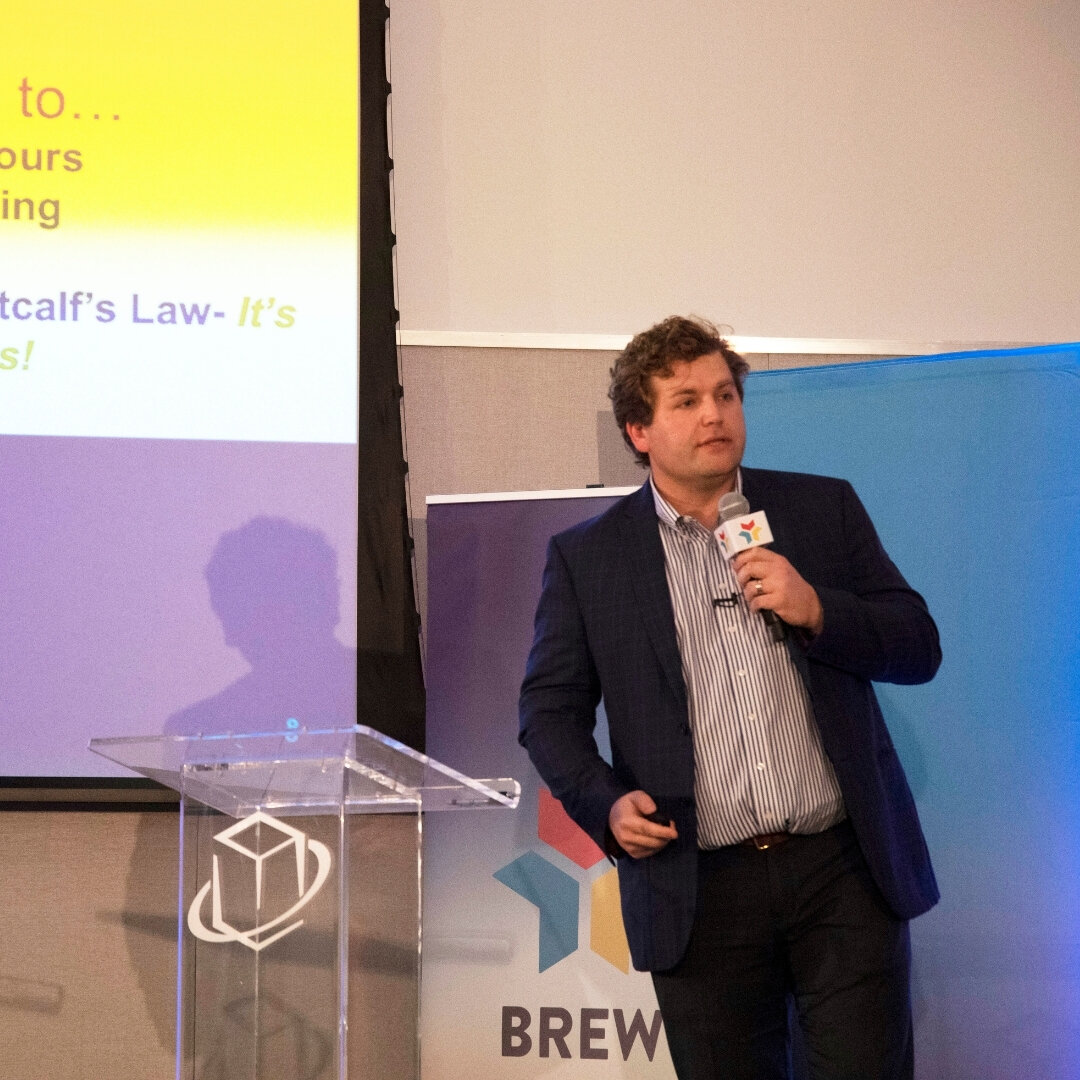 Although he’s just coming off of a victory at Baton Rouge Entrepreneur Week’s pitch competition, Chris Jordan, CEO, chairman and founder at tech startup Omnidek isn’t slowing down anytime soon. Omnidek’s tagline touts “doing work together,” and the no-code software delivers on that promise through easy to use drag-and-drop tools and integrated portals connecting individuals and organizations.

Jordan’s participation in BREW’s competition was a strategic move to garner more exposure for his company and operating model. He believes in Omnidek’s power to revolutionize communication at work.

Jordan’s end goal for Omnidek is ambitious, but he sees a path forward — and he’s going for it. Here’s how.

Portals are the future of communication at work, Jordan says. Currently, communication happens through files, spreadsheets, folders and emails. “What Omnidek creates is effectively an interstate for businesses to do work with one another without the need for any of those,” Jordan says. The Omnidek user experience is closer to social media than traditional email communication.

Omnidek’s blockchain technology has the potential to revolutionize the way we record employment data, too. Instead of using resumes to communicate work history, Omnidek users build a “work credit score” comprised of their work experiences. This is a more objective transmission of work data than user-defined resumes.

For Omnidek to reach its ambitious goal, though, it must have a massive user base. To make this happen, Jordan is expanding by acquiring other companies. “We can acquire a company and convert them to our platform,” Jordan says. Eventually, he says, the concept should take off on its own.

Jordan plans to acquire and optimize 4-6 companies over the next few years. In addition to the $50,000 investment he won at BREW, Jordan is currently raising $3.5 million for his second round. Because his plan entails acquiring relatively stable companies and making them more efficient and more successful, he’s been able to pitch Omindek as a safe investment.

Jordan believes strongly in utilizing Louisiana investments and settled his startup in Baton Rouge to support the local tech ecosystem. In fact, 95% of his initial $3.3 million in capital came from Louisiana investors. “It’s not fun or easy, but you can raise it here,” Jordan says.

When he gets to the point of scaling up, Jordan will focus on hiring “big personalities” to work the service side of his software-as-a-service platform — which he expects to find in abundance in Louisiana. He’s already established talent pipelines with local universities, and intends to become more integrated with their computer science programs.

Because of the vast implications for Omnidek’s technology, Jordan believes that his startup could become an upper-tier player in the tech space. “We have a very unique opportunity to build a really big, impactful company in Baton Rouge,” Jordan says.